What is the cost of Live In Care?

Live in care is a cost-effective, more personalised alternative to moving into a residential care home.
Home is where the heart is and receiving live in care in the comfort of their own home is the preferred option for many elderly people. As leading providers of live in care services in the South, we meet even the most complex care requirements.
Naturally, every client will have different care requirements, which can have an effect on the overall cost of live in care provided. Our experienced team will undertake a free consultation with you and your loved one in order to determine the right level of care and any associated live in care costs. Contact us to book a consultation.
view packages 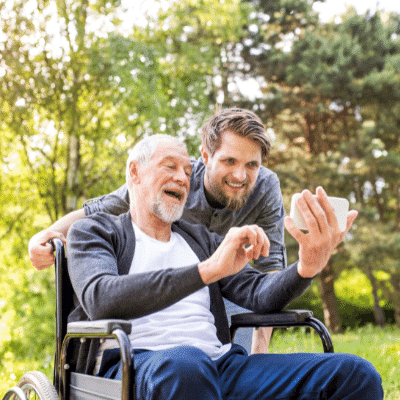 Which type of live in care package is right for me?

We take special care when choosing carers to join the Burley’s family, and all applicants go through a strict vetting process and training programme. So what type of live in care package does you or your loved one need? We break it down into 4 types of live in care. Please take a look at the three case studies below to find out what difference live in care has made to their day-to-day lives and the costs you can expect. 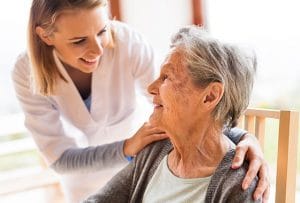 This is Joan – she has been living in the same home for the past 90 years. She was diagnosed with dementia a year ago and has since struggled to remember things, requiring assistance with day-to-day tasks.

So she could remain in the comfort of her own home, Burley’s Home Care got to know Joan, her needs and preferences and matched her with one of our live in carers, Anne.

Get In Touch
Live In Care
Package 2 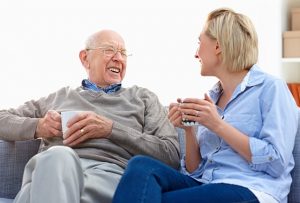 This is John. He’s 87 years old and used to be a headteacher at the local school, as well as a keen tennis player. Having lost his wife 2 years ago, John’s family were concerned about his welfare, as they didn’t live nearby.

John was suffering from loneliness, struggled to cook and often forgot to take his medicine on time, making full-time live in care a necessity.

John desperately wanted to remain at home when receiving care, as it was linked to fond memories of his late wife, but was justifiably concerned about having a stranger in his home.

Our care specialist visited him and explained in length what he could expect from our live in care services, putting his mind at ease.

He admits it has been a huge relief having Caroline around to remind him about taking medicine and preparing delicious meals, as well as some welcome company. 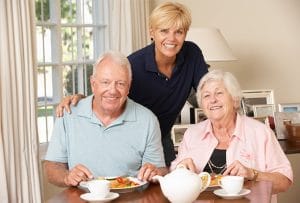 Fred and his wife Elsie are both in their 80’s and have lived in their home for over 22 years. Their fully-grown son and daughter live abroad, which means that they are unable to visit their parents often, and neither had any grandchildren that could help provide support.

Fred and Elsie were both struggling with the upkeep of their home and found that they were surviving on sandwiches and biscuits rather than proper meals. Forgetting crucial heart medication was also becoming a habit, which could have had drastic consequences.

Realising that something had to change, the couple got in touch with Burley’s Home Care and was matched with two lovely home carers, Susie and Rebecca, who help them keep on top of housekeeping, prepare lovely meals and take them our for coffee and trips.

This is Margaret. She is 75 years old and has lived in her own home for over 30 years. Having lost her husband when in her early 50’s and having no children, Margaret is used to taking care of herself and living independently.

However, she recently developed vascular dementia, which has led to her acting out in sometimes aggressive and unpredictable ways that often scares her and has left her feeling isolated and depressed.

She contacted Burley’s Home Care for a full-time live in carer that could always provide her with support and patience, even during the most challenging moments of her illness.

“I have a lovely live in carer that Burleys provided me that now makes my life worth giving it my all as I am not alone and no longer frightened.”

talk to our Care Team

Want to disucss Live in Care in more detail? Our friendly team are on hand.

Is live in care cheaper than a residential care home?

There are numerous factors to take into consideration when it comes to estimating the potential live in care costs vs residential care, though typically, live in care almost always ends up more cost effective.

The average cost of residential care rose by 9.6% between 2016 and 2017, and with the number of people over 65 requiring 24 hour-care expected to increase by a third over the next 20 years, there’s a high likelihood that residential care home prices will only continue to rise as demands for a space increase.

Live in care costs are unaffected by many of the overhead factors that determine the price of residential care, making it more affordable overall. Our live in care service enables you or your loved one to remain in the comfort of their own home and receive the best possible care.

Talk to our care team

If you are interested in any of our services please do not hesitate to get in touch for an informal chat, face-to-face or by telephone. We will be able to answer any questions you may have and help you to find out if Burley's is right for you or your loved one.